You  Know About Church!

​Forget What You Think 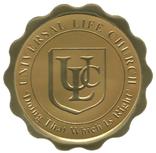 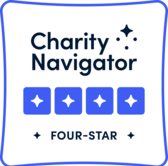 Donate by shopping and saving money at popular online stores.

Shop, Save & Do Good

In an effort to combat the spread of the Coronavirus, please continue to follow social distancing guidelines. It is suggested that all wear a mask covering the nose and mouth while in the church. ******** If you cannot visit us in person, visit our YouTube channel or you can listen on our podcast. Links to both can be found on our main homepage. ******** Please join us every Sunday at 3:00 PM for Service and The Bishop's Roundtable. ***** Holy Communion is celebrated on the third Sunday of every month. All are welcome to participate! ***............l


A religion old or new, that stressed the magnificence of the universe as revealed by modern science, might be able to draw forth reserves of reverence and awe hardly tapped by the conventional faiths. Sooner or later, such a religion will emerge.
Carl Sagan, Pale Blue Dot (1994)

All humans have an inalienable right and duty to practice their own peaceful religious traditions. However, religion should not contradict the reality of creation.

"Why does God give us instincts and then set all the rules in opposition?" asks John Milton of Kevin Lomax in the movie, The Devil’s Advocate. This question poses a dilemma for many believers. We are told that what separates humans from all other forms of life on earth is that we are endowed with free will. Given the choice to yield to our instincts, or consciously deny our primal instructions, the laws set forth in whichever holy book we might follow often prescribes a model of behavior that demands sacrifice.

The theory of evolution is now academically accepted as the most believable explanation for the variety of life on earth. For argument's sake, we shall accept the Vatican's position that if evolution occurred; it may very well have been under the impetus and guidance of “divine intelligence.” Thus we assume that animals, endowed with neither free will nor conscience, evolved in accordance with creation’s design.

How then can we explain the existence of homosexuality observed and documented in over 500 species of animals? Christian dogma holds that the function of sexuality is procreation and any aberration is perverse and unnatural. Such is the placing of gods over humanity, the placing of junk science over reality, and the placing of belief over knowledge. Zoologists have observed, in a wide variety of species from dolphins to orangutans, a consistent frequency of homosexual behavior. Take for example New York’s Central Park Zoo's male penguin couple that raised their young together, making headlines around the world. If animals behave instinctively in response to stimuli and not out of a socially constructed code of conduct, would it not stand to reason that we, their evolutionary cousins, might possess a similar biological imprint? We may not be willing to abandon ancient traditions and practices, but we can adapt them to our new understanding of the universe.

It is difficult to reconcile this evidence through deductive reason and rational thought with the condemnation of homosexual behavior found in antiquated and archaic Scriptures. In our search for truth we must not shy away from intellectual honesty and scientific evidence that causes us to question hitherto unquestioned belief. Would a loving God create something, and then condemn it? None of us can ignore the primal instruction of Creation. Moreover, why did Jesus avoid any utterance on the subject? Nor can we ignore the apparent biblical homosexual relationships of Ruth and Naomi or David & Jonathan.

Clearly, we have wavered from the path of legitimate search, transition and discovery. We as a people differ on the story of our origins, but these divisions, worsened by our quarrelsome, arrogant nature, now imperil our future and the future of earth. All religions must adapt to unfolding knowledge about the universe we live in, without rejecting deep spiritual connections to human history and the natural real world that we are a part of today.

Today the Board of Directors issues this Ecclesiastical Proclamation;

“All persons with love for one another have a religious and constitutional right under the 1st Amendment of the United States, to the Sacrament of Marriage. Such is invoked under natural, primal, and religious law. Given this understanding, we hold that it is a denial of religious rights by the United States government to restrain our ministers from their constitutional right to perform the ritual of the Sacrament of Marriage to consenting adults, regardless of sexual design.”

Our campaign on the “Road to Jericho” will include instituting legal action against all entities of government within the United States who traverse the First Amendment by refusing the rights of Holy Sacrament as offered to heterosexual couples when denied to homosexual couples.